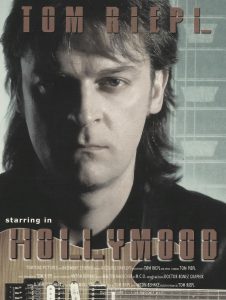 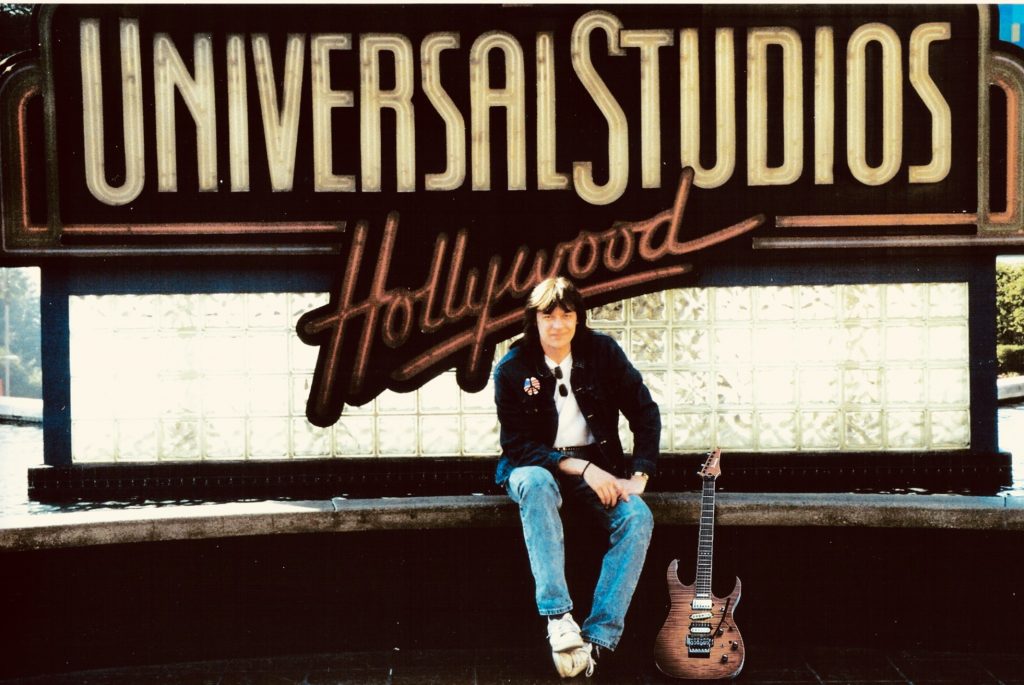 What the film critics say…

‘To start with Tom Riepl, Tom is a very well respected musician over here with altogether five solo albums. He’s good enough that a well known Japanese guitar company with a Spanish sounding brand name built him a signature guitar, and he’s the author of a regular column in the German musicians’ magazine “Gitarre&Bass” (“Guitar & Bass”). In the CD booklet “Hollymood”, his most recent release, is described as “a guitaristic ear movie in twelve scenes”, and this is exactly what you get. Tom takes you on a ride over the Hollywood Boulevard and inside film studios with relaxed stop-overs in the Burbank area (where they have music rather than film studios)… Most reviews by others I read so far compared Tom’s playing with Steve Morse (who’s not only the current guitarist with Deep Purple but also has his own allstar band, the Dixie Dregs), but I’d like to go even a bit further. For me personally “Hollymood” was the first record within the Fusion genre since Frank Gambale’s “Passages” that instantly filled me with gratitude, joy and respect at the same time. Maybe Frank is still the “master” but in my ears Tom comes quite close to him. Tom has a scenic approach to his musical topics, which means that his guitaristic showcases are not just showcases but have to make musical sense in a composition and that there’s a good portion of musical humor in everything he does, especially when he’s getting “academic” every now and then. Tom combines instrumental as well as compository skills, emphasizing the Rock and the Jazz elements alike. It’s outstanding that there’s not one weak tune on the whole CD. My personal favorite is Tom’s version of the “Rockford Files” theme, yours might be another one. Overall, if you crave decent and sophisticated modern guitar music, you will be highly rewarded with this excellent album.’

A TOMTONE PICTURE IN ASSOCIATION WITH