On this day 45 years ago (July 23, 1977) I was sitting in front of the TV in my parents’ living room, anxiously awaiting Rory Gallagher’s performance, which turned out to be fantastic. For me as a then 16-year-old aspiring guitarist, it was an indescribable experience. My eyes were literally glued to Rory’s fingers…
Little Feat, on the other hand, were a revelation in terms of musical variety and groove. I already knew their Live album ‘Waiting for Columbus’, but SEEING the whole thing, even if it was only on TV, was something completely different.
I can’t really remember Roger McGuinn’s Thunderbyrd. I’m sure it was good, too, but it was already late at night, or rather early in the morning when they entered the stage, and I was still thinking about Gallagher. What a great Rockpalast night! Many more followed, not one of which I missed… 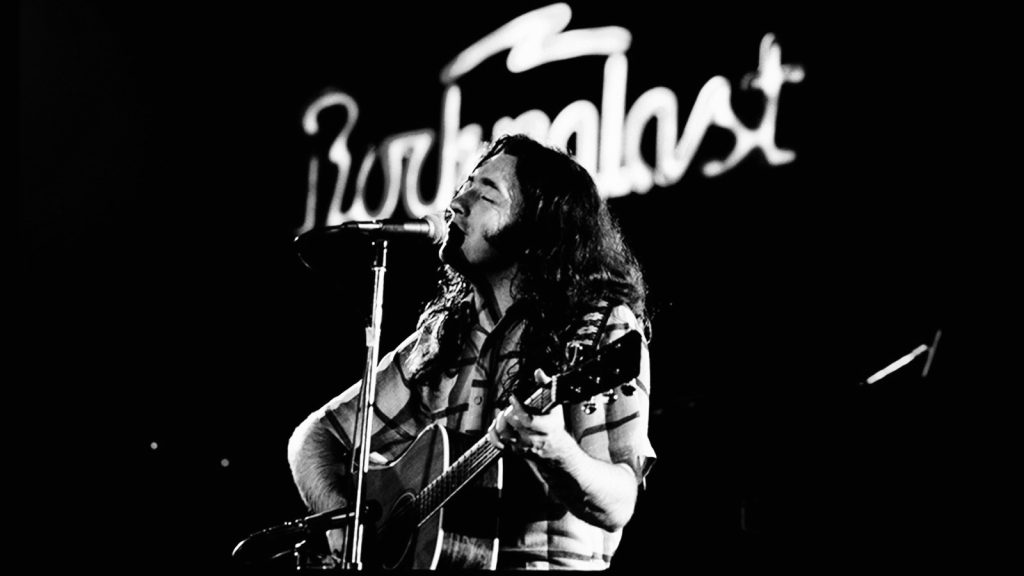