Vinyl Weekend! 📀 I’ll be listening to:

Derek & The Dominos – Layla and Other Assorted Love Songs

Eric Clapton – Me and Mr. Johnson 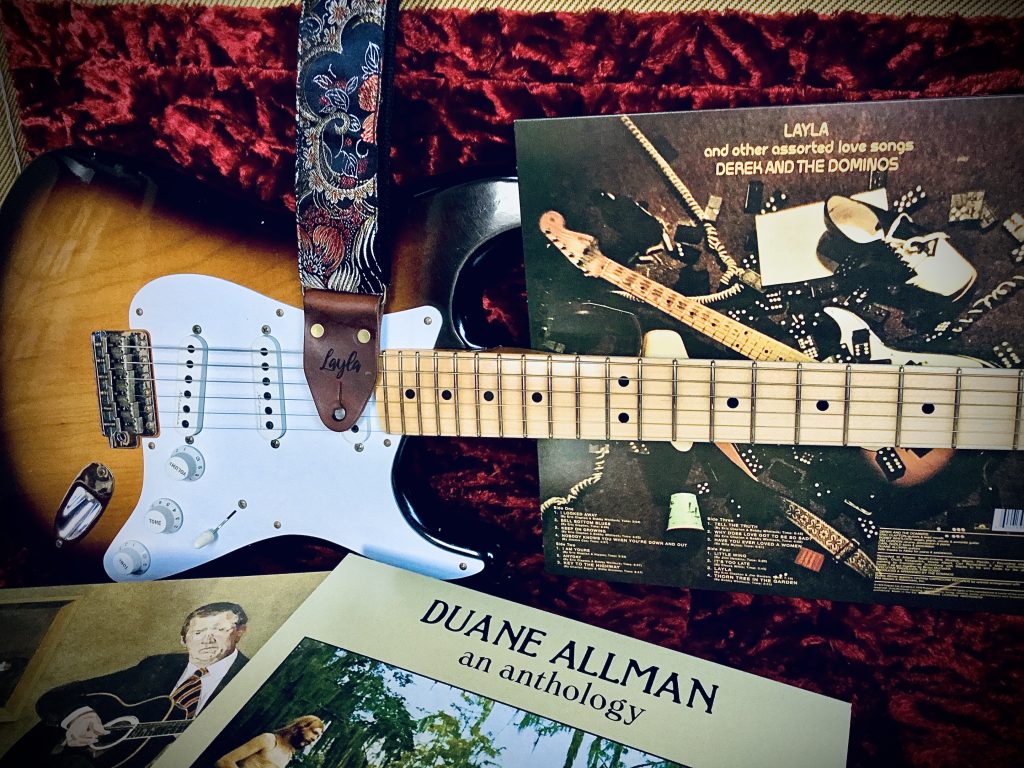 Insights: Derek And The Dominos was an English–American Blues-Rock band formed in 1970 by guitarist Eric Clapton. The band released only one studio album, “Layla and Other Assorted Love Songs”, which also featured extensive contributions on lead and slide guitar by Duane Allman. A 1956 two-tone sunburst Fender Stratocaster known as “Brownie” was Clapton’s main instrument used in recording this classic album. According to producer Tom Dowd, Clapton and Allman were set up in the studio facing each other, and playing live through small Fender amps, probably a Princeton, a Deluxe, and a (Vibro-) Champ. Have a great vinyl weekend everyone ~